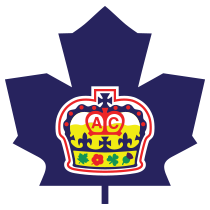 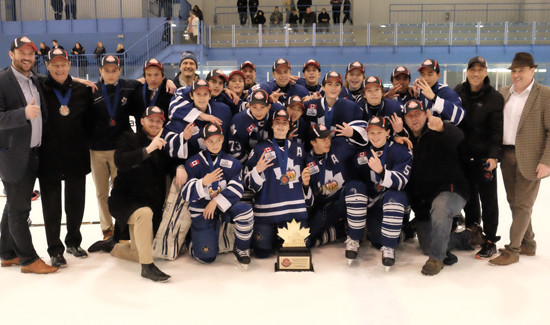 The team ended off a great season by taking home their third consecutive GTHL Playoff Championship and fourth in the past five years. The team finished the year with a 66-8-4 record with 350 goals for and 73 against and only 2 losses in their three rounds of playoff series.

First year winger Reid Valade elevated his game to the next level and lead the team in points throughout the playoffs followed by Co Captains Jamie Drysdale and Llyton Moore leading the way on defence for the team. Connor McKenzie led the way in net with 4 shutouts, including one in the final game, to win the Championship against NYR. 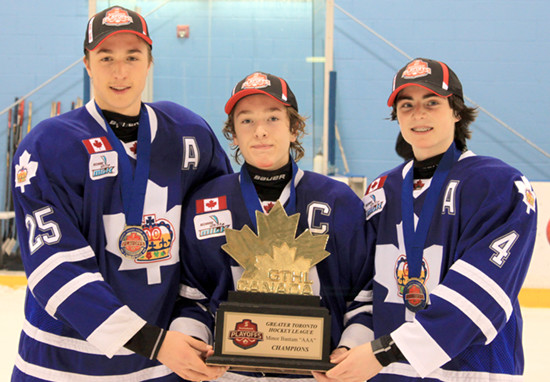